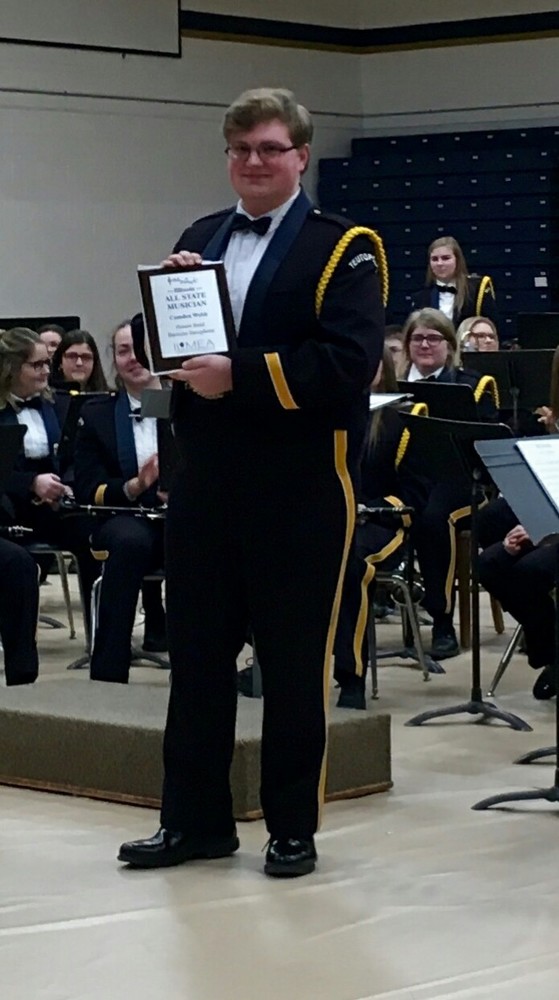 Camden Webb, a Junior at Teutopolis High School, was accepted into Illinois Music Educators Association All-State Honors Band.  Camden was accepted into the district five honor band that performed at Eastern Illinois University in November. To be accepted into the district five honor band, a rigorous audition takes place on Columbus Day in October.  All-State musicians are accepted after this festival when all district presidents come together for a state meeting to decide what musicians are considered “All-State” quality. Once accepted, Camden had to re-audition for chair placement. Camden placed 2nd in the state on baritone saxophone.