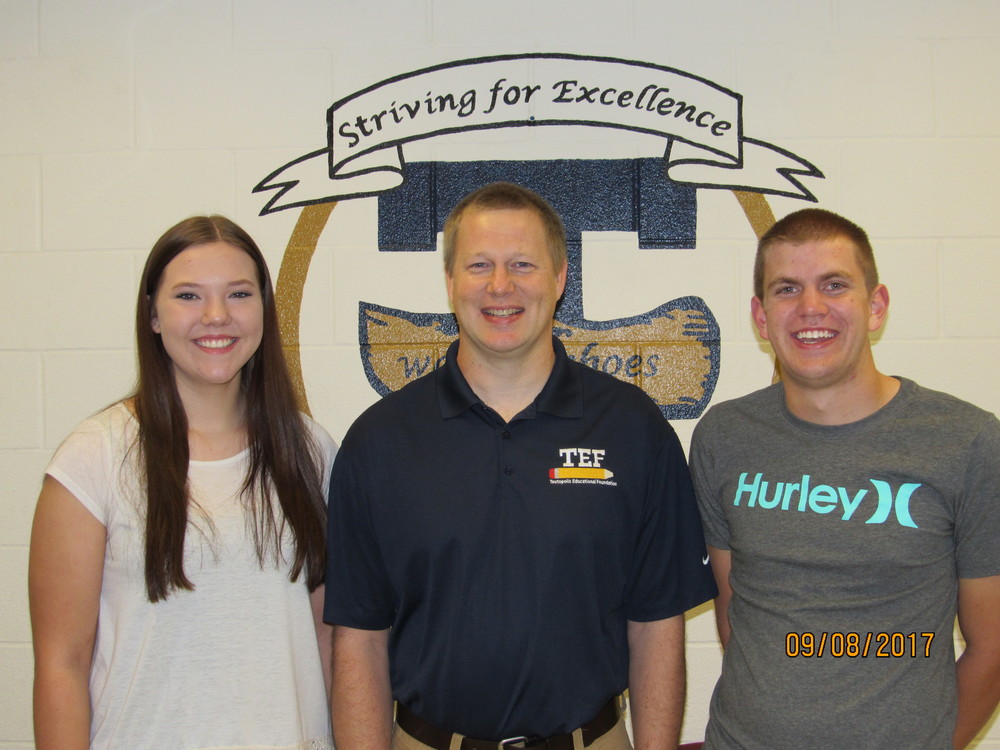 The September Students of the Month at Teutopolis High School were recently named; they are Courtney Hoene and Michael Deters.

The recipients of this award are selected for their participation and dedication to Teutopolis High School.  In addition, these students have excelled in either academics, sports, leadership, and/or extracurricular activities.

Courtney is a senior and has been the president of her 4-H Club, secretary of the band, and was recently elected president of the National Honor Society.  She has also been  a member of the Teutopolis School District’s Band for 8  years, Volunteens and Illinois Math League (IML) for 4 years, National Honor Society for 3 years, Spanish Club for 2 years, both Art Club and World Youth in Science and Engineering (WYSE) for 1 year.  Courtney has played volleyball all four years of her high school career.

She earned 2nd place in Math at the WYSE Regionals in 2017 and has also received several other awards at THS, including the English I Award, Algebra III award, Interior Design Award, Anatomy and Physiology Award and the College Algebra with Trig Award. Courtney has been named to the High Honor Roll for all 6 semesters of her high school career  and is currently ranked Number One in the Class of 2018.

Her hobbies include playing volleyball, reading, and playing music.

Courtney’s plans for the future include attending college, possibly majoring in veterinary sciences.  She is motivated to succeed by her family and continues to  compete with her “past” self.

Michael Deters is also a senior at THS and has participated in Boys’ Golf for 4 years and Track and Field for 1 year. Also, he has been a member of both the Math Club and the Math Team for 4 years and National Honor Society for 3 years.

Michael’s hobbies include hunting and fishing. He plans to attend college to obtain a degree in either actuarial science or accounting.

When asked what or who motivates him to succeed, Michael stated, “My family and the rewards that come with hard work and dedication.”