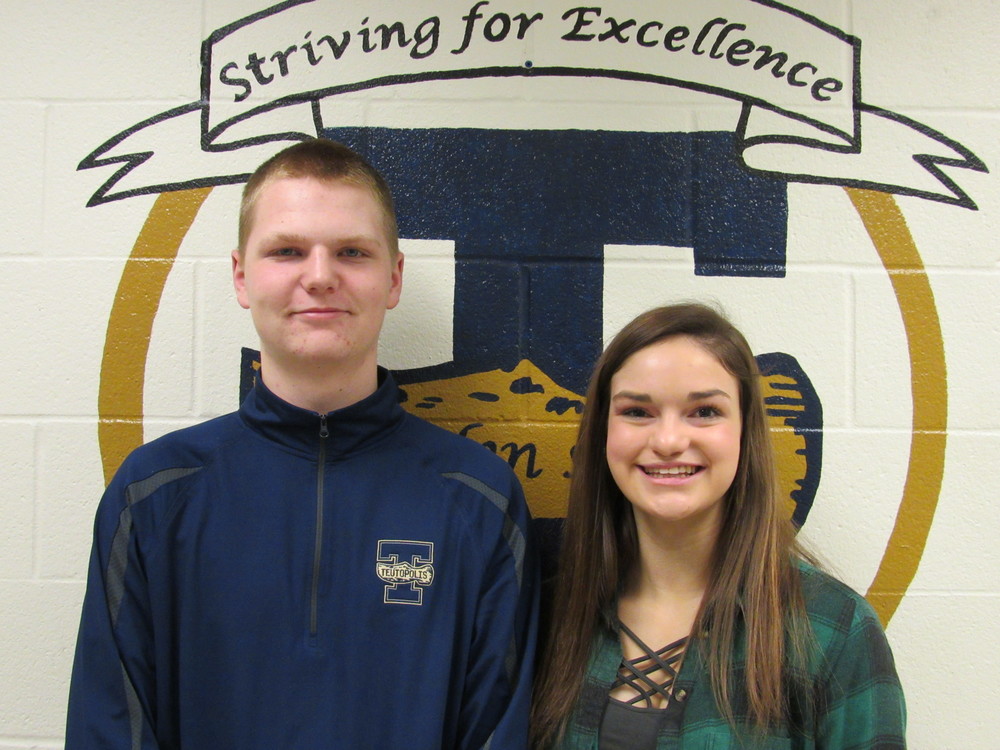 March Rookies of the Month at Teutopolis High School are John Blomer and Karsyn Mette. They were nominated by their teachers and then selected by a team of faculty members in recognition of their active participation in school activities, their academic efforts, and their kindness and respect towards others.
Karsyn Mette, the daughter of Randy and Susan Mette, is a sophomore at THS. She has been involved with Volunteens (2 years) and Teutopolis Math League (1 year). Karsyn has participated in basketball (2 years) and softball (2 years). She has also achieved high honors the last 2 years.In Karsyn’s spare time, she enjoys hanging out with her friends and family. She also enjoys playing sports both competitively and leisurely. In the future, Karsyn plans to attend a 4 year university and obtain a degree in physical therapy or athletic training. When asked who motivates her, Karsyn responded, “My family and friends motivate meto do my best. They push me to excel in what I do best.”

John Bloemer, the son of Mark and Melinda Bloemer, is a freshman at THS.John participates in Volunteens (1 year), Teutopolis Math League (1 year), and Trap Club (1 year). John has been named to the honor roll during his first semester at THS. In his spare time, John enjoys fishing, hunting, and anything else that allows him to be outdoors. Bloemer plans to attend Lake Land College after high school and seek a career in carpentry. John said that he finds motivation from each member of his family