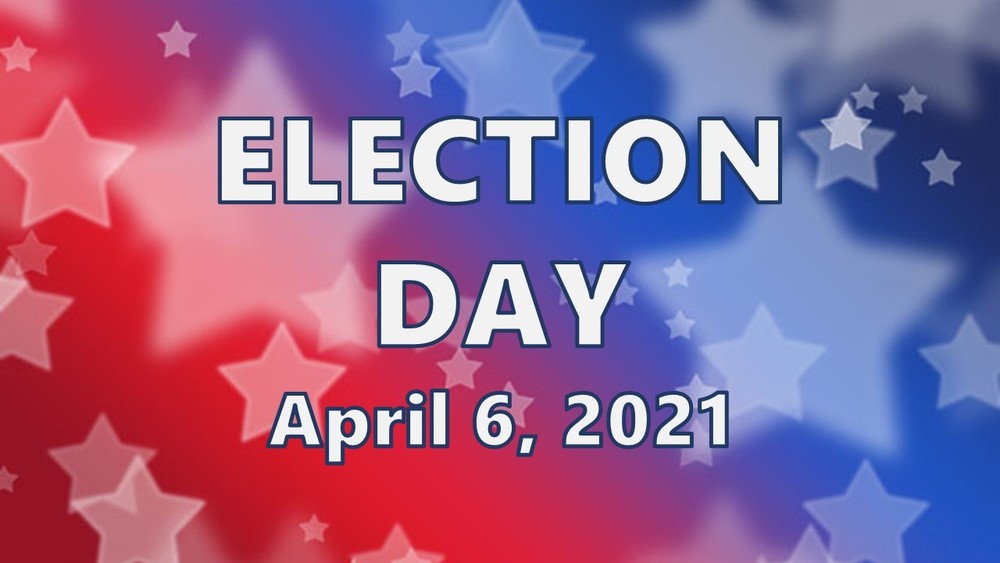 The Teutopolis Community Unit School District #50 Board of Education passed a Resolution in January to place the question of how Board Members are elected on the April 6th ballot. The question was to determine whether to change to at large member seats without restriction by area of residence within the district, rather than limiting to not more than three members per congressional township. Per Illinois statute, this proposition would pass with either a majority of those voting in each congressional township of the school district or by two-thirds vote of all voters.

“Regrettably, I failed to properly submit the question to each of the three counties of which the Teutopolis School District extends,” said Superintendent Matt Sturgeon. The question was only submitted to Effingham County, resulting in the question’s appearance on only six of the eight congressional townships of the District, thereby failing to appear on the ballots in Spring Point (Cumberland County) or Sigel-Big Spring (Shelby County). “I apologize to the Board of Education, the residents of Teutopolis CUSD #50, and especially to those voters living in Cumberland and Shelby Counties,” said Sturgeon.

Until the election results are officially canvassed, the results are incomplete, but the point may be moot. Preliminary data suggests that the matter neither reached simple majority in the six congressional townships of Effingham County nor met the two-thirds threshold of all voters.

Board President Brad Koester commented, “Though it appears that the question did not succeed in the six participating congressional townships of Effingham County, knowing the Board was not able to hear from the voters in all of its congressional townships, and after consultation with our legal counsel, the only proper outcome will be for the Board of Education to consider invalidating the April 6th question results.” The topic will be further discussed at the next Regular Meeting of the Board on April 19th when new members are officially seated. The question could re-appear on another ballot with school board member elections in as early as April of 2023 if desired by the Board.

“I know Matt feels terrible for the mistake, but I also accept fault as the Board President for not ensuring all of the proper steps were taken to make sure we heard the voices of all constituents on this matter, in particular our voters in Shelby & Cumberland County,” said Koester. “Due to the global pandemic, this has been a trying year for everyone in education, but I have a great appreciation for his efforts and those of our other administrators, faculty and staff at Teutopolis CUSD #50. We continue to trust in Matt’s leadership and determination to do what is right for our students and school district.”

For the first time in several election cycles, the Teutopolis Board of Education had a contested election. “This was our desired outcome in considering the question, to create more awareness about the opportunity to serve and to encourage engagement with the Board and our schools on behalf of our students,” said Koester. “We are grateful to the service of current Board member Brian Meyer,” who did not seek re-election, “to all of the candidates that sought a Board seat in this election, and to all those that voted.”

The Teutopolis CUSD #50 Board of Education will have six individuals for five open seats on the April 6th ballot. Open seats and running candidates are as follows: 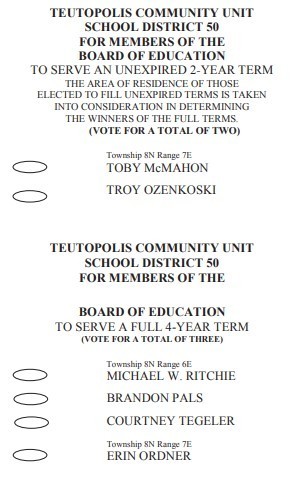 Also appearing on the Ballot is a Public Question regarding the process for electing Board members: 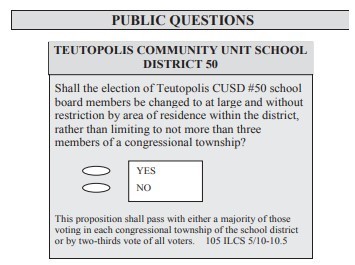 Please contact the Unit Office with any questions regarding the upcoming election.