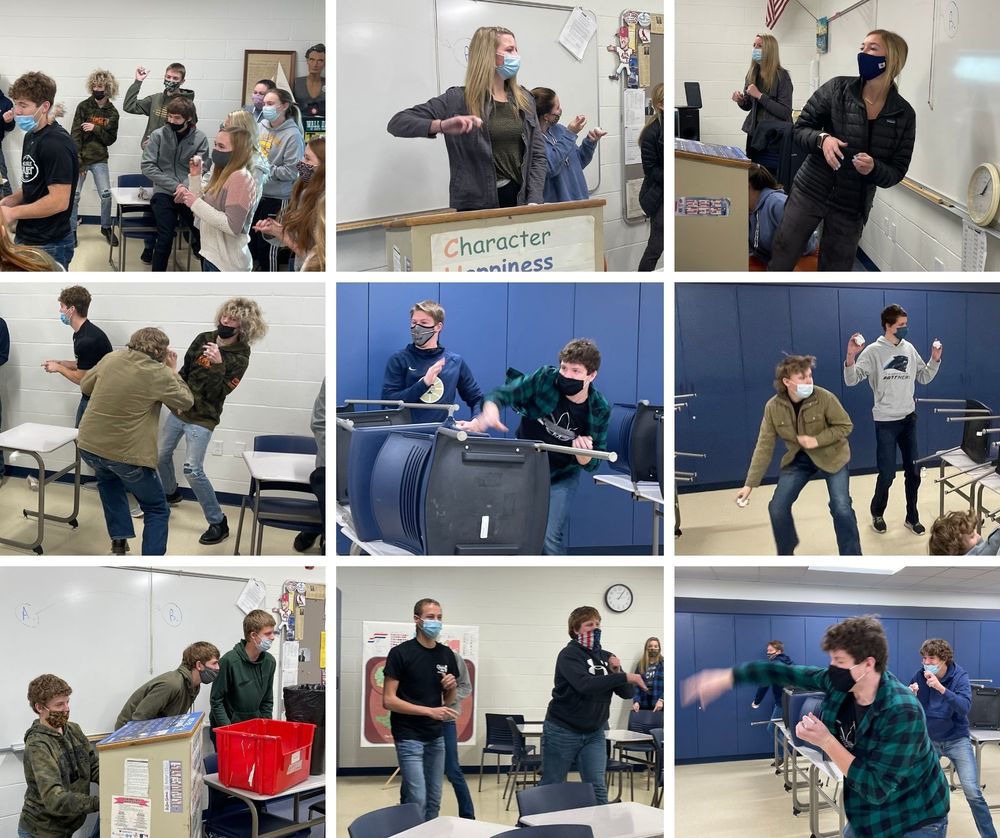 Hands-On History"  US history students at THS had some fun while learning about WWI. New technologies like machine guns and hand grenades were represented by paper wads and more paper wads. Trenches were made from desks, and wheeled podiums became the new weapon called the tank. Germany's dilemma of facing a two-front war was on full display when students representing the Central Powers had to deal with the Allies 'attacking' them from both sides of the classroom. Thankfully, students representing America joined the 'fight' at just the right time and powered the Allies on to victory, even after the 'Russians' stopped fighting in the east. Unlike WWI, however, there were no casualties this time around! 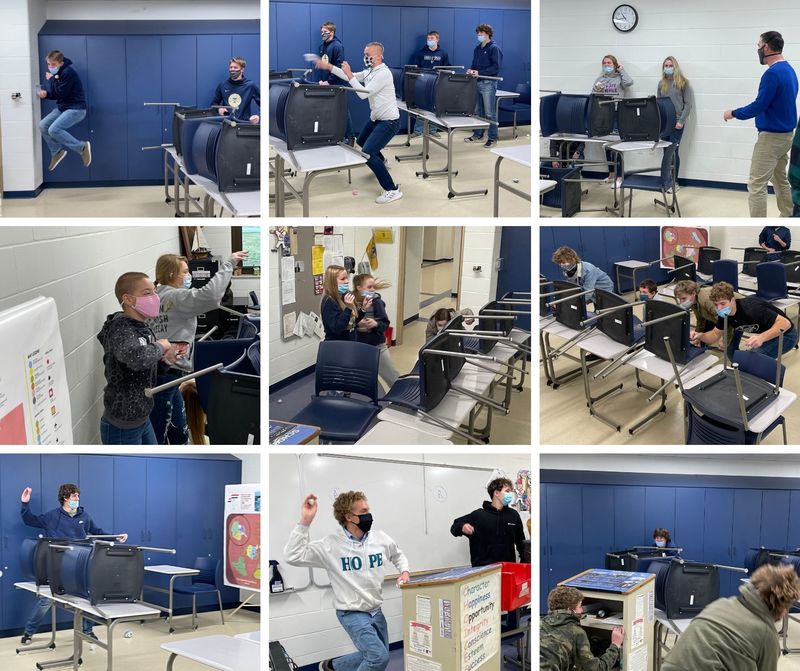